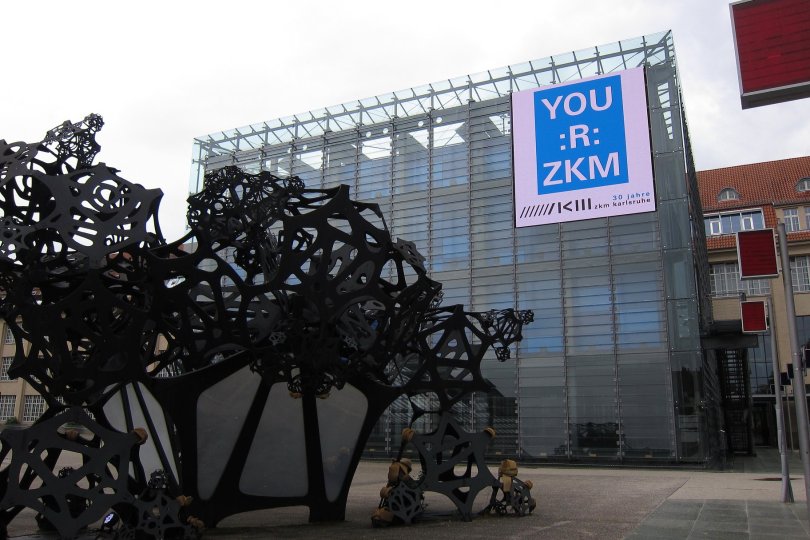 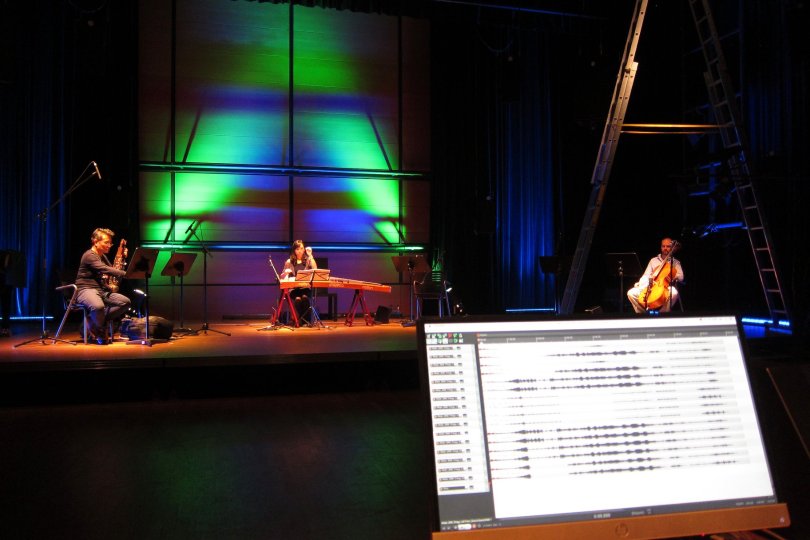 The ZKM (Center for Art and Media) is a highly regarded cultural institution based in Karlsruhe, Germany.
The ZKM houses the “Klangdom” (Sound Dome), a 43.4 formatted 3D Audio concert environment founded by prof. Ludger Brümmer.

In the Chengdu Xchange project, 3 commissions were awarded to 3 different composers, each challenged to create a combination of eastern/western instruments with electronic (spatial) sound. The concert also featured works by prof. Ludger Brümmer, Xiao Hu amongst others.

The combination of Western and Far-Eastern instruments into a single electroacoustic sound world is key to closing the gaps between musical cultures in this composition project.

Much focus is being put towards the creation of the multichannel fixed media work (for ZKM’s Sound Dome with optional adapted versions for other venues), which is ultimately combined into a performance that celebrates the original instrument characteristics throught live-improvisation.

“Trilogy” was premiered at the Chengdu Xchange concert in ZKM’s Kubus venue.